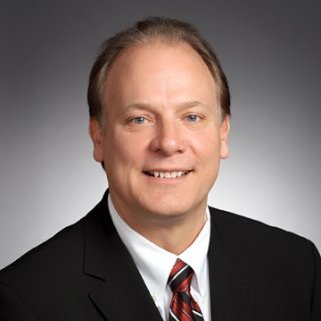 Prior to Dana, Stolpe began an 11 year tenure with General Motors (GM) in 1997.  As a Global Information Officer, Al was responsible for overseeing GM’s information systems for Corporate Shared Services, Supply Chain and its financial services arm (GMAC).   In this capacity, he helped lead the Information Systems and Services (IS&S) organization, accountable for these related information technology efforts within General Motors.  He also held the positions of Chief Integration Officer and Executive Director Global IT Strategy and Planning.

He started his career with Texas Instruments (TI) in 1979.  For almost two decades he held key management positions and was involved in the design, development and operation of world-class business software applications.  In 1985 he was appointed Manager, International Marketing Systems.  In 1995, he also added the responsibility of General Director, Worldwide Strategic Business Systems.  In this role, he directed TI’s transition to Enterprise Resource Planning (ERP) and Advanced Planning System (APS) solutions.

Stolpe was born in Coloma, MI.  He received a Bachelor of Science degree in Computer Science from Central Michigan University.  He speaks English and German.