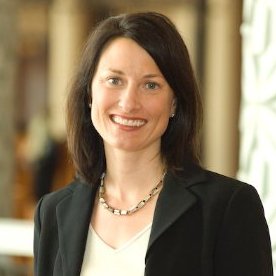 Allison Radecki was appointed Chief Information Officer at Beam Suntory Inc., the world’s third largest premium spirits company, in November 2013. In this role, she is responsible for the IT function globally, including strategic planning, project delivery, operations, security, controls and compliance.  She is charged with leading the IT team to be a competitive asset for the company by focusing resources and prioritizing initiatives that deliver the greatest opportunities for revenue growth and improved business performance.  Allison joined Beam Suntory following a two decade-long career in IT strategy, business transformation and systems integration.

Prior to joining Beam Suntory, she served as Senior Director Information Systems, Global Integrated Supply Chain, for Mondelez International, the $35 billion global snacks company, which until 2012, was previously known as Kraft Foods. Prior to joining Kraft in 2011, Allison spent ten years at GS1 US as Senior Vice President and Chief Information Officer.  She was responsible for building the technology strategy to align to and achieve the organization’s goals.

Allison began her career in management consulting at PricewaterhouseCoopers where she spent ten years specializing in supply chain management process re-engineering and information systems implementation for the consumer products industry.

Allison received her Bachelor of Science degree in Industrial Engineering from the University of Wisconsin, Madison.  She lives in Chicago and enjoys running, cooking, spending time with her husband, Steve, and their three daughters, Madeline (13), Claire (11) and Isabelle (8).