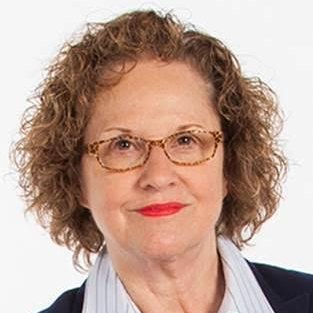 Anne DeBeer is senior vice president and chief financial officer for the financial management and planning and financial statistics and structure analysis departments. She is also chief information officer responsible for Technology Solutions Services at the Federal Reserve Bank of Atlanta.

Ms. DeBeer joined the Board of Governors of the Federal Reserve System in 1974. In 1982 she was named to the official staff as assistant director and Reserve Bank budget director. She later became assistant director over the electronic payments and check collection functions. Ms. DeBeer joined the Federal Reserve Bank of Atlanta in 1987 as vice president overseeing the accounting and planning and budget functions. In 1994 she was promoted to senior vice president and given added responsibility for the corporate automation area. She was named to the District's management committee in 1996. In 2001 she was named the supervisory officer over the District's human resources function, in addition to her corporate automation responsibilities. From 2004 to 2010, she oversaw the financial services division, corporate automation, and the District's law enforcement functions.

A native of Rochester, New York, she received a bachelor's degree in political science and economics from the University of Toronto in Toronto, Canada, and received a master's degree and a doctorate in public administration from George Washington University in Washington, D.C. Ms. DeBeer is a graduate of the Harvard Advanced Management Program and Leadership Atlanta. She serves on the advisory board of Georgia’s CIO Leadership Association (GCLA), the Advisory Council of the Atlanta CIO Forum, and the Board of Trustees of Quality Care for Children. She was a GCLA CIO of Year Finalist in 2014.  She is married and has two sons.