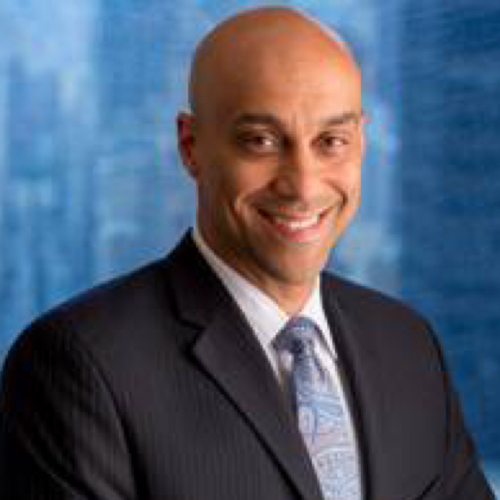 Art Hopkins is an Executive Director in Russell Reynolds’ Information Officer Search Practice. In this capacity he advises clients within the Technology Sector, as well as conducting searches for executives across Russell Reynolds’ clientele. Prior to joining Russell Reynolds Associates, Art was with Macquarium, an experience design and strategy firm, most recently as CEO and earlier as President.  Prior to joining Macquarium, Art was the managing director and vice president of consulting for Blackwell Consulting Services, a Chicago-based IT Strategy Consultancy. He has held leadership roles at William James and Associates and began his career with the National Bank of Detroit, now Chase Bank. Art is a frequent speaker at CIO events and was featured in the premier issue of Black I.T. Professional Magazine in an article on “The New IT Professional”. He has co- authored pieces for CIO magazine’s Consultant Briefing on subjects including “CIO’s, Mentoring is a Way to Increase Your Success”, “Managing Your Identity Crisis”, and “Becoming the Business-Centric CIO”. Most recently he served as guest editor for the Cutter IT Journal’s June / July 2014 double issue on Empathy–Based System Design. Art is very active in the community and has a personal interest in matters related to education. In addition to serving on the Board of Directors for the Information Technology Senior Management Forum (ITSMF), and as the chair of the ITSMF Networking Committee, he has served on the Executive Committee for the Metro Atlanta Chamber of Commerce, Georgia’s Commission for School Board Excellence, Junior Achievement of Georgia, and as the Board Chair of the W.E.B. DuBois Society. He has also served on the advisory boards for Vignette Software (acquired by OpenText in 2009) and Diversified Information Technologies (acquired by EDM Group in 2013) through their acquisitions. Having earned a Bachelor’s Degree in Finance from the University of Maryland and a certificate in eBusiness Strategy from the University of Chicago, he has been recognized by Chicago's Museum of Science and Industry as one of Chicago's top technology innovators.