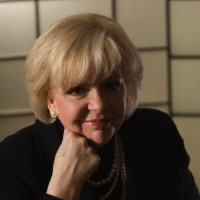 Barbara Cooper was group vice president and chief information officer for Toyota Motor North America for sixteen years retiring in 2012.  She was responsible for the strategy, development and operation of all systems and technology and left a legacy of some of the most innovative and market competitive technology solutions in the industry.  In addition to her CIO role, she was also responsible for leading the University of Toyota focusing on professional development for Toyota staff and training programs for Toyota and Lexus dealer technicians.

Prior to Toyota, she was group vice president and CIO for MicroAge Corp., CIO for Maricopa County in Phoenix, AZ and also served as its County Manager.  She was vice president of technology for American Express, and director of information systems for Miller & Paine department stores.  Barbara remains one of the single most recognized CIO’s in the IT industry having been named to six Top 100 CIO awards globally, in addition to numerous awards from a variety of IT trade associations and industry publications, culminating in being named to the CIO Hall of Fame in 2007.  She was also recognized in the automotive industry achieving Automotive News Top 100 Women five times.

She works part time as an executive coach for CIOs and senior IT management since her retirement.