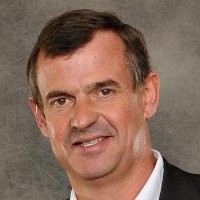 Bertrand Leroux has served as Senior Vice President, Chief Information Officer and Head of Global Strategic Sourcing for Activision Blizzard since 2009, based in Los Angeles.

In this capacity, he was responsible for defining Activision’s global information technology strategies; oversees the company’s infrastructure, telecommunications, security and corporate applications; and managing the company’s sourcing strategies.

Prior to joining Activision Blizzard, Bertrand held various senior executive positions with Vivendi Games, most recently serving as Senior Vice President and Chief Information Officer from 2000 - 2008, where he oversaw global information technologies and strategies for the company.  Between 2002 and 2003, Bertrand was also the Special Advisor to the Vivendi Corp CIO based in NY.

Prior to joining Vivendi Games in April 2000, Bertrand spent 10 years with The Walt Disney Company in Europe and in the US.  Most recently, he served as the Director of Operations and Technology for the Global Licensing division for Disney Consumer Products where he spearheaded several major technology initiatives, including the global licensing system implementation.

Bertrand began his career in 1987 with SKF Distribution, the French subsidiary of SKF Company, an industrial ball bearing company based in Sweden.

Bertrand holds two Masters Degrees in Finance and in Logistics, IS and Organization from the University of Paris IX Dauphine in France.