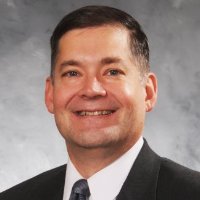 With a unique mix of industry and academic experiences, Dr. Carver has developed and deployed innovative solutions to pressing problems both inside and outside the classroom and around the world. As an Army leader and technologist, Dr. Carver led the development of software systems that supported our nation during the Bosnian and Afghanistan conflicts. During a military career spanning 27 years, he deployed to Afghanistan and Iraq, lived in Italy and Korea, and spent twelve years as an educator and administrator at West Point. West Point was ranked as the #1 college in America by Forbes magazine and the #1 public liberal arts college by US News and World Report during his tenure. As an educator, Dr. Carver was a Professor of Computer Science, American Council of Education Fellow, recipient of the FISSEA Educator of the Year Award as well as a number of best paper awards at international conferences.

Curt is a graduate of West Point, where he earned a Bachelor of Science degree in Computer Science. He also has a M.S. and PhD in Computer Science from Texas A&M University. Prior to his position in the University System of Georgia, he served as the Vice Dean for Education, Vice Dean for Resources, and academic Chief Information Officer at West Point.

Dr. Carver was born December 22, 1960 in Savannah, Georgia. He and his wife Eileen have three children.