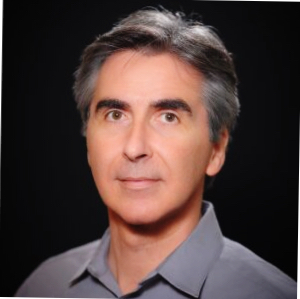 Dimitris Agrafiotis, PhD, FRSC, is Chief Data Officer and Head of Technology Products at Covance. Prior to joining Covance in 2013, he spent 10 years at Johnson & Johnson where he served as VP of Informatics and Research IT. Dr. Agrafiotis received his PhD in Theoretical Chemistry from Imperial College London in 1988, and held postdoctoral fellowships at the UC Berkeley and Harvard, where he worked with Nobel laureate EJ Corey. In 1991, he joined Parke-Davis as a Senior Scientist in the computational drug design group, and in 1994 he moved to 3-Dimensional Pharmaceuticals as a founding member of its scientific staff, responsible for building the company’s informatics and computational drug design capabilities. Following a successful IPO and the acquisition of the company by Johnson & Johnson in 2003, he was appointed Senior Research Fellow and Team Leader of Molecular Design & Informatics, a position he held until 2006 when he was appointed global head of Informatics and Research IT. His work is documented in more than 90 peer-reviewed publications and book chapters and 18 issued US patents. He is a member of the Covance Global Operating Committee and the Covance Science Council, and holds two adjunct faculty appointments. In 2012 he was elected Fellow of the Royal Society of Chemistry for his contributions to chemical and pharmaceutical research, and in 2016 he was named in Computerworld’s Premier 100 Technology Leaders for his technology leadership and innovative approaches to business challenges.