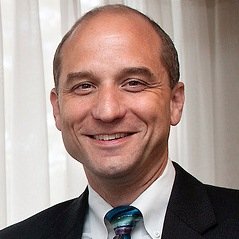 Doug Debrecht is vice president and chief information officer at B/E Aerospace.  B/E Aerospace is the world’s leading manufacturer of aircraft cabin interior products. Mr. Debrecht has been involved at B/E over the last 5 years in a transformation of the IT organization into a business partner with a number of key programs including an ERP implementation, data warehouse design and construction,  security overhaul, and application standardization.  In addition, he has worked with the business to integrate 2-3 acquisitions a year into the standard environment.

Mr. Debrecht came to B/E in April 2012 after 5 years with Chemtura, a specialty chemicals manufacturer based in Connecticut where he served as VP and CIO.  Previously, Mr. Debrecht served with the Raytheon company for 12 years where he had been VP and CIO of Raytheon International from 2004-2007 and VP and CIO of Raytheon Aircraft from 2001-2004.  Prior to that, he held positions of increasing responsibility at Raytheon’s Aircraft Integration Services division and Emerson Electric Company in St. Louis, Mo.

Mr. Debrecht has significant global experience, strong technical, planning, and implementation skills, a solid understanding of ERP including SAP and JD Edwards, successful IT transformation experience, and a deep commitment to the business-IT partnership.

Mr. Debrecht earned his bachelor’s degree in physics and master’s degree in engineering, both at Texas A&M University.