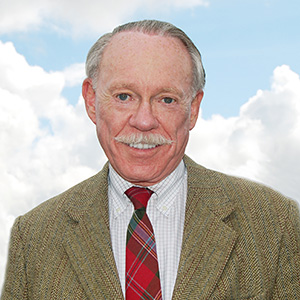 Professor Ephraim R. McLean – “Eph” – has worked in the computer field for 53 years and been a faculty member for 46 years.  He earned his bachelor and masters degrees in mechanical engineering at Cornell University, graduating in 1958. After service in the U.S. Army as an Ordnance officer, he worked for the Procter & Gamble Company for seven years, first in manufacturing management and later as a computer systems analyst, beginning in 1962. In 1965, he left P. & G. and entered the Sloan School of Management at the Massachusetts Institute of Technology, earning his master's degree in 1967 and his doctorate in 1969.  His dissertation research was conducted at the Lahey Clinic in Boston on a “Computer-Based Medical History System.”

While at M.I.T., he served on the faculty of the Sloan School as an instructor and assisted in the preparation of three books: The Impact of Computers on Management (MIT Press, 1967), The Impact of Computers on Collective Bargaining (MIT Press, 1969), and Computers in Knowledge-Based Fields (MIT Press, 1970).  In the fall of 1969, Dr. McLean left M.I.T. and joined the faculty of the Anderson Graduate School of Management at the University of California, Los Angeles. He was the founding Director of the Information Systems Research Program and three times Chairman of the Information Systems area, both within the Anderson School. While at UCLA, he won one of the $2 million grants from IBM for the study of the management of information systems (MoIS).  He also established a joint MBA-MPH degree in Medical Information Systems between the UCLA Schools of Management and of Public Health.

In the fall of 1987, he was named to the George E. Smith Eminent Scholar's Chair in Information Systems in the Robinson College of Business at Georgia State University in Atlanta, GA., only the second endowed chair in information systems in the nation at that time and the first in Georgia.  Since joining GSU, he has helped the Computer Information Systems Department improve its U.S. News & World Report's rankings to first in the southeast and eighth in the nation. In 2002, he was named Regents' Professor, representing less than one percent of the faculty in the University System of Georgia. In 2007, he was appointed Chairman of the CIS Department at Georgia State, a position he held until he stepped down to return to the faculty in June of 2014.

He has been a visiting professor at the University of South Australia; the Rotterdam School of Management at Erasmus University in The Netherlands; ESADE Business School in Barcelona, Spain; and the Alexandria Institute of Technology in Alexandria, Egypt.

Dr. McLean has published over 135 articles in such publications as the Harvard Business Review, Sloan Management Review, California Management Review, Communications of the ACM, Information Systems Research, Management Science, MIS Quarterly, MISQ Executive, Journal of MIS, European Journal of Information Systems, DATA BASE, and the Proceedings of ICIS, ECIS, HICSS, AMCIS, and NCC. In 2007, a survey published in the Communications of the AIS ranked his ISR paper (co-authored with William DeLone) on “Information Systems Success” (1992) as the most-cited IS research paper published in the world in the last 15 years.  A recent Google search found over 8,000 citations of his published works.

He is the co-author (with John Soden of McKinsey & Co.) of Strategic Planning for MIS (Wiley Interscience, 1977), the first book on IS planning; co-editor of a book of programs entitled Management Applications in APL (UCLA, 1981); co-editor of The Management of Information Systems (Dryden Press, 2nd ed., 1994), and co-author (with Efraim Turban) of the textbook Information Technology for Management (Wiley, 5th ed., 2005), the second largest selling information systems textbook in the world at that time. He was a founding Associate Editor for Research of the MIS Quarterly and, for seven years, the Co-Editor-in-Chief of The DATA BASE for Advances in Information Systems, the oldest business-oriented computer publication in continued existence.

In 1997, he and his co-author Stan Smits were recognized by ACM’s SIGCPR for their ten-year contribution to computer personnel research; in 1998, he was the first winner of the CIS Department’s Myron Greene Award for Outstanding Teaching; and in 2003, he was honored as the "Information Systems Educator of the Year" by the Association of Information Technology Professionals (formerly DPMA). In 2007, he was designated as an ACM Distinguished Lecturer; and in December 2007, he was given the LEO Lifetime Achievement Award, the highest honor in the world for academics in the information systems field.  He is a member of ACM, AIS, DSI, GCLA  (the only non-CIO member of this organization of Georgia CIOs), IFIP (a founding member of WG 8.3), INFORMS, Mensa, SIGCPR & SIGMIS (of ACM), SIM, and ΣΧ (the scientific honorary society).