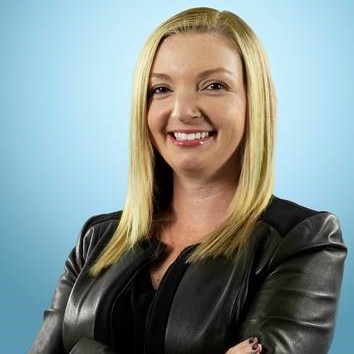 Erica Geil is the vice president of global engineering operations at Groupon, reporting directly to the SVP of Global Engineering. Erica joined Groupon in 2010 as the only technical project manager; in the last four years she has grown her project management team to 1more than 15 global employees from Schaffhausen to Chicago to Palo Alto.  She now manages a diverse team that includes both technical and non-technical staff members focusing on cross-functional efforts driving excellence at Groupon.  With Erica’s collaboration, her teams are responsible for executing large-scale deals domestically and internationally, as well as overseeing the integration of all technical platforms that Groupon operates worldwide.  Erica also spends time mentoring young employees as they navigate the tech field and the corporate world.
Erica was a founding member and Co-Chair of the Women at Groupon Employee Resource Group. Women at Groupon focuses on engaging, developing and attracting top female talent through various programs and initiatives. Women at Groupon created the first formal mentoring program at Groupon which is now being replicated across the company.
Prior to Groupon, Erica was a partner at Eight Bit Studios and focused on startup technology projects including custom websites and mobile apps.  She also spent time working for agencies doing brand and technology projects for clients including Motorola, Sears, and Oprah.