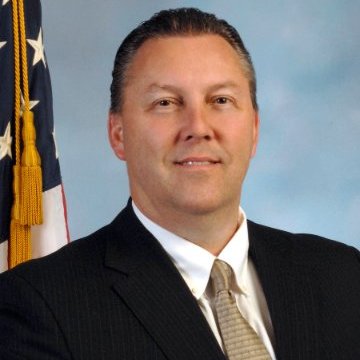 James L. Turgal, Jr, was formerly Executive Assistant Director (EAD), Information and Technology Branch, entered on duty in March 1996 and was assigned to the Houston Division, working Organized Crime and Drug investigations.  Upon being promoted as a Supervisory Special Agent, he was assigned to FBI Headquarters, Office of General Counsel and the Counterterrorism Division, as the senior counsel for Domestic Terrorism Operations.


In 2002, Jim was assigned to the Cincinnati Division as Chief Division Counsel, Media Spokesperson, and Supervisory Special Agent.  Four years later, he returned to FBI Headquarters to lead the Director’s Research Group. He later became the Assistant Special Agent in Charge of Administration at the Washington Field office.

In 2010, Jim was selected to serve as the Special Assistant to the Deputy Director, providing counsel on various national security, criminal, and administrative issues affecting the FBI.  One year later, he was designated Special Agent in Charge of the Phoenix Division, where he oversaw several high profile cases, including the shooting of U.S. Congresswoman Gabrielle Giffords.  In 2012, Jim returned to FBI Headquarters, as the Deputy Assistant Director of the Human Resources Division (HRD).

In August 2013, Director Robert S. Mueller, III appointed Jim as the Assistant Director (AD) of the HRD.  During this time, he served as the AD and Human Resource Officer.

On February 10, 2016, Director James B. Comey, Jr. announced the appointment of James L. Turgal, Jr., as the EAD of the Information and Technology Branch.