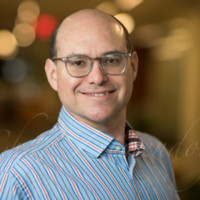 Jeffrey Lolley currently serves as Chief Information Security Officer for Wilson Sonsini Goodrich & Rosati, where he is responsible for overseeing global information security, risk management, operations, records management and eDiscovery for the firm's 16 offices worldwide. He also serves as the chair of the firm’s Risk Committee, and is a Professor with The George Washington University, where he lectures on various cybersecurity topics in the Graduate School of Engineering & Applied Science.

Prior to joining the firm, Jeff was CISO and Managing Principal at Hogan Lovells, where he directed both global cybersecurity and privacy, and oversaw a cybersecurity consulting practice group. In this role he led cybersecurity response efforts for some of the largest global data breaches in history He was the first ever CISO within the legal sector, and has been profiled by Bloomberg Law, The National Law Journal, and Security Magazine. He has also been recognized as the Information Security Executive of the Year and has received awards from CIO and Computer World Magazines for excellence in the cybersecurity field.

Earlier in his career, Jeff ran cybersecurity for Marriott International and lead incident response initiatives for various organizations around the globe. He developed the industry’s first commercial certification program for information security best practices while with the National Computer Security Association and led ground-breaking research in advanced intrusion detection techniques with AT&T Lab’s. He also led research and development on the National Security Associations (NSAs) Einstein program; and served as the Chief Security Architect for the White House, U.S. Department of State and U.S. Space Command.