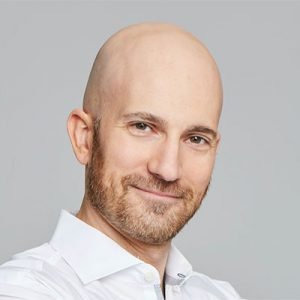 Jeff Wald is a serial entrepreneur, Board Member, Best Selling author, Keynote speaker and investor. Jeff is co-founder and Chairman of two new technology startups, Bento Engine (toolkit for financial advisers) and Sonero (AI tool that provides summaries and action items from meetings). Jeff’s previous company, Work Market, an enterprise software platform that enables companies to manage freelancers was acquired by ADP in 2018, where he served on the Senior Leadership Team until 2020. Mr. Wald has founded several other technology companies, including Spinback, a social sharing platform (eventually purchased by salesforce.com). He began his career in finance, serving as Managing Director at activist hedge fund Barington Capital Group, a Vice President at venture capital firm GlenRock and various roles in the M&A Group at JP Morgan.

Jeff is the author of the #1 Amazon Best Seller, The End of Jobs: The Rise of On-Demand Workers and Agile Corporations and The Birthday Rules: A Fun and Flexible Framework for Raising Children in a Technology Enabled World.

Jeff frequently speaks at conferences and in media on startups and the future of work. Mr. Wald was named several times as one of the 100 Most Influential People in Staffing by the Staffing Industry Analysts. He is a producer of the Tony Award winning Best Musical, A Gentleman’s Guide to Love and Murder and the full length feature film, Inez & Doug & Kira, which won Best Picture at several film festivals.

Jeff formerly served as an officer in the Auxiliary Unit of the New York Police Department. He is a member of the Young Presidents Organization (YPO) and MENSA.

Jeff holds an MBA from Harvard University and an MS and BS from Cornell University.