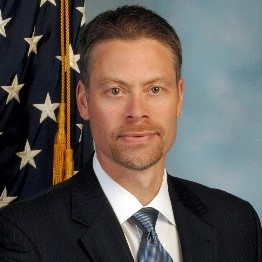 Mr. Adams began his FBI career as a Special Agent assigned to the FBI’s Washington Field Office and rose through the ranks to ultimately serve as Executive Assistant Director responsible for the FBI’s enterprise technology and cyber security.

Prior to leading the FBI’s technology branch, Mr. Adams served as Assistant Director in charge of the FBI’s Directorate of Intelligence.  In this role, he was responsible for providing strategic direction and oversight of the FBI's intelligence collection, analytical capabilities, and intelligence sharing practices with partner agencies. He previously served as the Special Agent in Charge of the FBI’s Norfolk Field Office and as a Deputy Assistant Director in the Counterterrorism Division.

Mr. Adams has significant experience investigating a variety of crimes in the U.S. to include espionage, drug trafficking, violent crime, and terrorism. Mr. Adams also has extensive experience investigating terrorist bombings overseas, to include the 1998 bombing of the U.S. Embassy in Nairobi, Kenya; the 2000 bombing of the U.S.S. Cole in Aden, Yemen; and the 2003 bombings of three residential compounds in Riyadh, Saudi Arabia.  Following the terrorist attacks on Sept. 11, 2001, Mr. Adams led the crime scene investigation and evidence recovery at the Pentagon.

Before entering the FBI, Mr. Adams served as a Special Agent/Forensic Scientist of the Tennessee Bureau of Investigation, where he conducted DNA analysis and crime scene investigations.