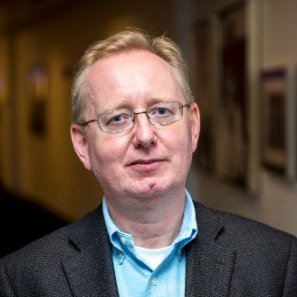 As Global CIO of Conair Corporation, Jon Harding holds worldwide responsibility for the company’s IT in support of both day-to-day operations, and future business growth. Harding joined Conair Corporation at the start of 2004 in the new position of Global CIO. A graduate of the University of Sheffield in England, he has 20 years of IT management experience in the consumer products industry. The Conair IT team led by Harding has completed the global rollout of a centralized ERP system that provides one central source of management information to support business growth. Along the way several acquired companies have been integrated into this central IT infrastructure in a 3 to 6 month timeframe. The IT team is customer service focused with the flexibility to meet dynamic business priorities.

Before joining Conair, Harding was Director of IT for the U.S. Snacks Division of Kellogg Company (formerly the Keebler Company) that Kellogg’s acquired in 2001. Prior to 2001, he held various IT leadership positions within the UK and European subsidiaries of Kellogg’s. From 1999 to 2001 he was the overall leader of a major business process and system change initiative for Kellogg’s Europe. In total he spent 17 years with Kellogg’s IT team.