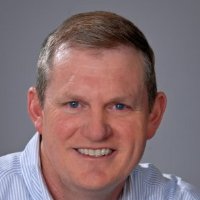 Ken Murdoch has been the Chief Information Officer of Save the Children since 2009. He and his team have been involved in recent projects and emergency response in countries like Haiti, Ethiopia and Japan. Ken is a seasoned IT Executive spanning 30 years in Corporate IT having held IT positions in the Insurance, Brokerage and CPG industries. Prior to joining save the Children, Ken spent 25 years in the CPG sector holding CIO positions for two of the world's largest international CPG companies- Nestlé Waters North America and Pepsi-Cola North America.

A grass roots IT leader, Ken has held positions from ground floor IT all the way up to CIO. His "no job too small" approach combined with his customer service orientation has enabled him to lead, motivate, and migrate his career along the way. For the multi-national companies, Ken has implemented large scale data center relocation projects, small-medium and large scale ERP systems, M&A, Outsourcing, Customer Service and Help Desk start-ups and has had to lead and manage teams with global reach from his US based headquarters positions.  Ken is a member of Fairfield/Westchester SIM and has served on its program committees. He is the primary member at CIO4Good for Save the Children and is also the US Primary member at NetHope  (an organization comprised of the world's largest humanitarian organizations to better serve the developing world through smarter use of technology) for Save the Children.  Ken was noted recently in the October 2011 addition of Computerworld- "The Grill" for his leadership at Save the Children and how the strategic role if IT can enable operational efficiencies and the spirit of Technology for Good so its Donors see that their contributions go to value added programs for that create breakthrough's in the way the world treats children achieving immediate and lasting change in their lives.