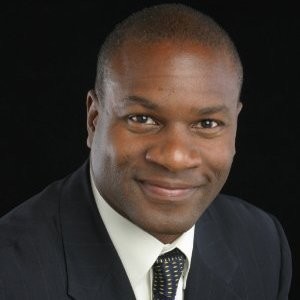 Co-founder and CEO of Quarrio, and before that EMANIO, KG Charles-Harris has been involved in the Big Data and Analytics space before it was popularly called so. In 1994 he co-founded EMANIO developing data integration tools for enterprise systems, and he launched the first combined tools for business intelligence dashboarding and predictive analytics in 2009. Since then he's been deeply involved in the Big Data Analytics market, and is as CEO of Quarrio using artificial intelligence technologies (natural language processing, machine learning, neural networks) to make it easy for business users to get insight from big data. He is considered an expert in the field.

KG is a prominent international entrepreneur and spirited advocate for improving the way people work and connect through technology. Guided by this vision, he led the charge to give small and mid-sized businesses access to the same process automation and intelligence tools once limited to Fortune 100 companies. His achievements were recognized on a global scale when he received the United Nations Global Young Entrepreneur Award at the UN’s 7th World Summit of Young Entrepreneurs, presented by General Secretary Kofi Annan.

KG is a former technology investment banker and a force in the international private equity market having worked internationally with companies like NOKA Securities (Scandinavia) and Nesta Advisors & Capital, a boutique biotechnology M&A firm he founded in San Francisco where he worked globally as an advisor to Monsanto Co. and Dow Chemical, as well as several other major corporations. In 1996, he co-founded Hurd for the Fred Olsen family (owners of Timex, Olsen Tankers, etc.), a Scandinavian corporate private equity and venture company focused on new technologies. He also co-founded GenoMar, a genomics company focused on aquaculture and food safety. While at Hurd he led several international projects and co-funded or financed companies from a variety of industries.