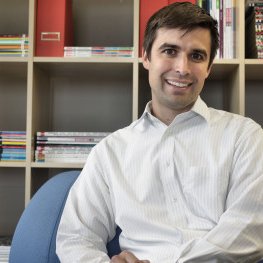 Currently, Matthew is Vice President and General Counsel at Detroit Trading Company, where he leads digital compliance and supports strategic growth programs and partnerships.   Previously, Matt was the inaugural Executive Director of the Detroit Creative Corridor Center, where he developed and led a strategy to increase the economic output of Detroit’s creative industries tenfold and have Detroit designated as the first UNESCO City of Design in the United States.  He simultaneously served as an Executive Consultant to Shinola, leading Shinola’s Detroit-based activities to establish and grow operations in 2011, 2012 and 2013.

Passionate about his community, Detroit and international economic policy, Matt is a drafter of the Detroit Declaration and a founding member of Michigan Children’s Leadership Council. He serves on the boards for the Connected Detroit Innovates Network, the Michigan Design Council, the Urban Manufacturing Alliance and the Transatlantic Core Group.  He has been invited as a frequent speaker on topics on innovation and entrepreneurship for The Aspen Institute, The Atlantic Council, the German Marshall Fund, the University of Michigan Ross School of Business, Michigan State University Prima Civitas Foundation, the Turkish Resource Center of North America, the BMW Foundation and the Robert Bosch Foundation.

Matt earned his Juris Doctor from Wayne State University in Detroit, specializing in intellectual property and business transactions.  He earned dual Bachelor of Arts degrees in International Relations and Political Theory from Michigan University’s Honors College, with minors in Western European Relations and French, and completed additional coursework focusing on the political and economic structures of the European union and North Atlantic Treaty Organisation at the Universite Libre de Bruxelles in Brussels, Belgium.  He is proficient in French (reading, writing and speaking), has a basic understanding of German (reading), was recognized by Crain’s Detroit Business as a 20 in their 20’s for his work in leading the region’s “Get in the Game” public information campaign for Super Bowl XL and is a 2016 Marshall Memorial Fellow.