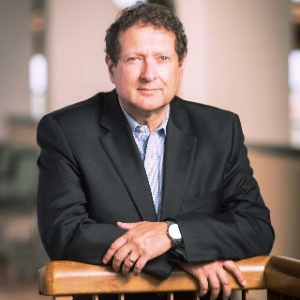 Maurizio Laudisa is Vice President of Information Technology and Procurement at Superior Energy Services, a respected $2 Billion energy company with a 60 year history of success in Canada and the US.  Maurizio’s accomplishments at Superior include the successful delivery of transformational projects such as migrating a large data center to the cloud, implementing a new ERP system, and deploying industry leading B2C and B2B web portals. Prior to Superior, he worked in the U.S. as CIO and Vice President of Supply Chain at Harlan Laboratories, a bio-pharmaceutical company that employs 3,000 people in 12 countries. At Harlan he implemented several new enterprise systems, upgraded infrastructure, and developed robust IT governance. As VP Supply Chain, he consolidated a large supplier base down to 3,500 and reduced supply chain and IT costs by over $8.0 million in 3 years. Prior to Harlan, Maurizio was CIO of Lifelabs, Canada’s largest medical laboratory operating in Ontario, BC, and Quebec. As CIO, Maurizio worked with eHealth Ontario, Cancer Care Ontario, hospitals, family health teams and other healthcare stakeholders developing and working with complex technology implementations in healthcare. While at Lifelabs, he was a member of the Board of Directors at Excelleris Technologies, a leading provider of fast, secure and easy to use systems for delivering electronic diagnostic information to health care professionals in British Columbia. Prior to his executive roles in industry, Maurizio spent 6 years at IBM Canada as a Distribution consultant and project manager, and held progressively more senior roles as ERP Practice Principal and Engagement Manager. Maurizio was born and raised in Italy, but moved to Canada in 1979 having won a 2-year scholarship at Lester B. Pearson College of the Pacific in Victoria, B.C. He subsequently moved to Toronto where he obtained a Bachelor of Arts from the University of Toronto in 1986.