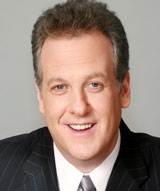 Now in his 16th season as the play-by-play announcer for the YES Network, Kay also serves as the host of YES' CenterStage series, hosts his own radio talk show on ESPN Radio in New York and is a frequent contributor to ESPN's Emmy Award-winning Sports Reporters. In 2008, 2011 and 2016, he handled play-by-play duties for the ESPN Radio Network's coverage of the AL Division Series.

Before joining the YES Network, Kay worked at the MSG Network from 1989-2001 as a Yankees reporter. In 1992, he added the assignment of Knicks locker room reporter to his responsibilities and continued in that role through the 1998-99 season.

In addition to his television work, Kay also worked as a Yankees analyst on WABC Radio from 1992-2002. Kay was a winner with Bob Goldscholl (WBBR) for "Best Sports Reporter" at the 2000 New York Metro Achievement in Radio Awards. After the Yankees' World Series victories in 1996, 1998, 2000 and 2009, Kay and John Sterling were asked by New York City's Mayor to host the post-parade victory celebration at City Hall.

In 1998, Kay also began co-hosting Sports Talk with John Sterling and Michael Kay, an MSG-produced nightly sports radio call-in show which aired on WABC Radio during the winter months. During the baseball season, Kay and Sterling hosted Yankee Talk which aired 90 minutes prior to all weekend Yankees games.

Shortly after graduating from Fordham University in 1982 with a B.A. in Communications, the Bronx, N.Y., native became one of the hot sports reporters in New York City with a style that combined great reporting skills with quality writing. While at Fordham, he honed his skills working for the school newspaper and radio station, working at Sports Phone and as the public address announcer for the New York Pro Summer Basketball League.

In 1982, Kay landed a job as a general assignment writer for the New York Post. Two years later he began covering college basketball (1984-85) and then the New Jersey Nets, whom he covered for two seasons before becoming the newspaper's general basketball writer. In 1987, he moved to baseball where he served as his paper's Yankees beat reporter. While he was in that position, he got his first television job with MSG Network as host of the "Hot Stove League" segment of MSG's Sports Night. In 1989, Kay moved from the Post to the New York Daily News, where he covered the Yankees until 1992, when he made the jump to radio. With the move, he became the first newspaper reporter in any sport to make the jump into the broadcast booth full-time, performing both play-by-play and analysis.

Kay was given the "Dick Young Award for Excellence in Sports Media" by the New York Pro Baseball Scouts in 1995. He was also a part of the Yankees/MSG Production team that was nominated for New York Emmy Awards for six consecutive years. In 1998, he was on the MSG team that won for "Outstanding Live Sports Coverage-Series." In 1996 and '97, he was a member of the MSG team that won New York Emmys for "Outstanding Live Sports Coverage-Single Program" for Dwight Gooden's no-hitter and "The Battle for New York: Yankees vs. Mets."

Kay resides in Manhattan, N.Y., and in 2005 had an honorary street sign in his name erected on the Grand Concourse in the Bronx. He is active with the Alzheimer's Association in memory of his mother, Rose, who passed away from the disease in 2006. Kay has also joined Joe Girardi for the "Remember When, Remember Now" banquet at the Grand Central Oyster Bar to benefit Girardi's Catch 25 Foundation and Alzheimer's research. He co-hosted the 2013 B.A.T. fundraising dinner in New York, and served as master of ceremonies at the 2013 Thurman Munson Awards fundraising dinner in New York.

In 2016, Kay was inducted into the New York State Baseball Hall of Fame. He and his wife, Jodi, were married in February 2011 and have a daughter, Caledonia Rose, born in January 2013 and a son, Charles Applegate, born in November 2014.