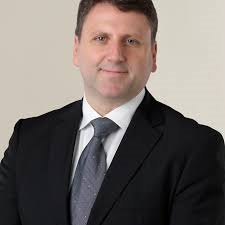 Nick is the Chief Technology Officer of British American Tobacco. As part of his remit is the Selection &  set up of the respective Technology Strategy and relevant aspects that will enable BAT to achieve it’s growth targets. BAT’s Technology Strategy represents a  refreshed ambition for IT: to drive Digital Transformation to unlock commercial value.

Nick is with BAT for more than 5 years and among other his achievements including the set up of World Class Centre of Excellences covering BAT’s extensive operating model: BAT’s SAP CoE has been awarded as the Global  Gold award winner

Nick has significant experience in IT executive roles over the past 15 years.

Starting his career in SAP in the 90’s, he had the opportunity to actively contribute and finally lead significant transformation programmes all around the globe.

Nick before BAT  held a senior IT executive role in Luxury Goods Conglometer : Richemont, where he led various large scale initiatives focusing on Digital Transformation and the set up of omnichannel commercial model.