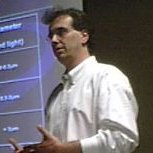 Philippe Marchand is COO for Samumed, a San Diego therapeutics startup dedicated to the development of small molecule Wnt pathway modulators, for oncology, degenerative diseases, and regenerative medicine. Until March 2015, he was Global Head of Information Technology for Novartis Molecular Diagnostics and CIO of Genoptix Medical Laboratory (a Novartis Company), since the 2011 acquisition of Genoptix by Novartis. At Genoptix, Dr. Marchand successfully led the IT organization through the creation of the Diagnostics Laboratory, the subsequent IPO, and the acquisition by Novartis. Prior to rejoining Genoptix in June 2007 as Chief Information Officer, he was founder and CTO of Celula, a spin-off company of Genoptix dedicated to the development and commercialization of microfluidics based instruments. Before that, starting in 2001, Dr. Marchand directed the research and technology development efforts at Genoptix. The projects yielded the first ever implementation of a microfluidic instrument capable of sorting mammalian cells. Prior to joining Genoptix, Dr. Marchand was Advanced Projects Director at Optical Micro Machines, Inc. from 1999 until 2001 and he was a Research Faculty at the University of California, San Diego from 1991 to 1999. He was also the co-founder of Parallel Solutions Inc., a startup specializing in advanced optoelectronic design and prototyping for various DOD applications. Dr. Marchand received a M.S. (Hons.), a Ph.D., and the Research Habilitation in Electrical Engineering from the Université de Haute Alsace, France where he also was a Lavoisier post-doctoral fellow.