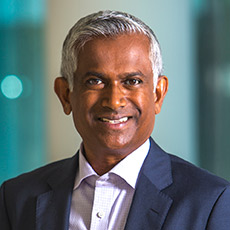 Prakash Muthukrishnan is Chief Technology Officer for Purchasing Power, LLC, a newly created position he was promoted to in January 2017. His current responsibilities will include overseeing eCommerce Platform and User Experience, Product Management, Technology Development, Delivery and IT Operations. Muthukrishnan is based in Atlanta and reports directly to Purchasing Power CEO Richard Carrano.

Previously, Muthukrishnan served as Chief Information Officer, which he was appointed to in 2014. Muthukrishnan joined the company in 2013 to assume responsibility for defining the company’s technology strategy, leading all IT efforts in executing strategic business initiatives, building the company’s e-commerce website and managing IT operations. Within two years, Muthukrishnan was credited for developing Purchasing Power’s award-winning mobile website and app, a strategic initiative that now accounts for more than 50% of gross customer sales and won the company a Bronze Stevie Award in 2015. Additionally, under his leadership, his team won the SAP Hybris North America Success Story of the Year award in 2016.

Prior to Purchasing Power, Muthukrishnan worked in leadership roles for a variety of companies, including Manhattan Associates where he served three years as senior director of technology strategy, and Blockbuster, Inc., working as senior director, enterprise architecture. At each assignment, Muthukrishnan demonstrated a strong background in supply chain, e-commerce, mobile and retail technologies, as well as a solid vision for IT solutions.

A former member of the MIS Industry Advisory Board at the University of Texas in Dallas, Muthukrishnan also is a 2015 ATP Innovation Award winner, recognizing visionary entrepreneurs, advanced technology innovations and outstanding enterprise applications. Furthermore, he is writer and speaker, regularly providing bylined articles for industry trade magazines and newsletters, as well as business presentations for professional conferences and summits around the country.