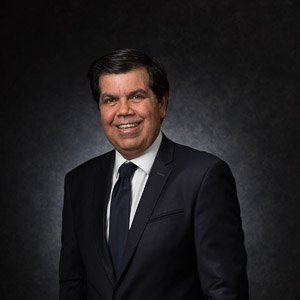 Raffie Beroukhim is the Senior Executive leading the Advanced Recognition Systems Division at NEC Corporatoin of America (NEC). The Divison provides leading edge biometrics, analytics and identify management to North America public safety and enterprise markets. Since joining the company the Division has experienced five years of YOY top line and bottom line growth; boasting a 25% annual CAGR and significant backlog in the past five years!

With close partnership with US Customs and Border Protrection (CBP) and under his stewardship, NEC assisted in the roll out of the long mandated US-EXIT program. Initiating from a small POC, at a single gate at Atlanta International Airport, NEC’s technology and collaboration with CBP has now led to the national roll out of the program in all US airports and all international departure gates.

Under his guidance and with use of facial recognition as a single, unified, biometric key the Division has also emarked on digital transformation of NEC’s clients in airlines, theme parks, and retail markets. Such transformation has allowed a more personalized, frictionless and interactive relationship along multiple customer touch points. Key among such transformation is partnership with Delta Airlines whose ticketless boarding program has opened considerable new opportunities for travel of future.

In addressing issues like terrorism, cyber crimes and critical infrastructure security, Mr. Beroukhim has focused the Division to offer solutions that go beyond evidence based policing and offer continuous vetting, threat monitoring and assessment.

Prior to joining NEC, Mr. Beroukhim was Vice President of Worldwide Biometrics Sales at Motorola where he led an internationally diverse organization in sale of all biometrics products for Motorola worldwide.

He is currently on the Board of International Biometrics and Identity Associatoin (IBIA) and AFIS Internet, NEC’s user advisory group.