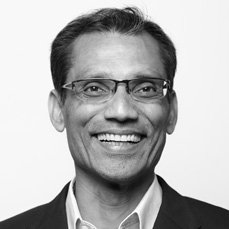 Rajiv Gupta is a Co-Founder and CEO of Skyhigh Networks. He has more than 20 years of successful enterprise software and security experience, and is widely recognized as a pioneer of Web Services. Prior to founding Skyhigh, Rajiv was the VP/GM of the Policy Management Business Unit within Cisco where his team was responsible for products that enable customers to administer, enforce, and audit standards-based, consistent access policies across the IT stack. Rajiv’s team at Cisco delivered the Identity Services Engine, a product that won the coveted Pioneer Award in Cisco and is considered to be a game changer for Cisco. Rajiv joined Cisco when it acquired Securent Inc, a company in the application entitlement market and where he was the Founder and CEO. Prior to Securent, he was a Co-Founder and CEO of Confluent Software, a company in the policy-based web-services management market and which was acquired by Oblix/Oracle. Before founding Confluent, Rajiv spent 11 years at Hewlett-Packard. In his last position there he was General Manager of the E-speak Division – a division he started in 1998 to bring the Client-Utility Computing technology to market that he and his team developed at HP Labs. E-speak delivered some of the earliest Web Services technologies and standards and has been inducted into the Smithsonian National Museum. Rajiv’s work on Client-Utility Computing was the precursor to Cloud Services as we know them today. With more than 45 patents to his name, Rajiv is the inventor or co-inventor of some of the seminal concepts that underpin Web Services. Rajiv earned his Bachelor of Science in Computer Science from the Indian Institute of Technology and his PhD in Computer Science from the California Institute of Technology.