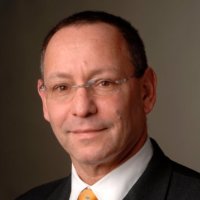 CIO and SVP IT - Atlas Air

Richard Ross is the SVP IT for Atlas Air Worldwide Holdings.  In this role, he directs the sourcing and provision of all IT services globally and oversees the development and marketing of the company’s line of digital information services.  He is also responsible for cybersecurity and represents the company in cyber discussions with the Corporate Board, the DOD, the DHS, commercial partners and on Capitol Hill, where he works with Congress and interested parties to help craft cyber legislation.

Immediately prior to Atlas Air, Mr Ross consulted to Private Equity firms on the IT elements of a transaction and to oversee the realization of benefits post-deal, sometimes stepping in as executive management.  Mr. Ross began his career at IBM, as a semiconductor quality engineer, after which he moved to Wang Labs to work first in manufacturing, then in R&D and finally in engineering support to government customers.  He has also held positions at Gartner Group as a market analyst, at British Airways as a project manager, at Salomon Brothers in London and Tokyo as IT Manager, and at McKinsey and Company as a Management Consultant.  Mr Ross was the first corporate CIO for Amerada Hess.  He holds a B.S.E.E. in Electrical Engineering/Biomedical Engineering from Washington University in St. Louis, and an M.S.E.E., with a dual major in Computer Science and Electrical Engineering, from Northeastern University.