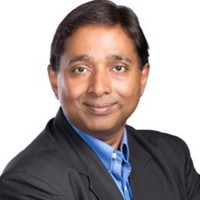 Sanjay is deeply rooted in the innovation ecosystem—he was a serial entrepreneur, is an advisor to Silicon Valley artificial intelligence (AI) incubators and several startups, and a limited partner in digital-focused venture funds. He is a member of the Digital 50, and of BCG’s Digital Transformation Network, and was named by IDG as a “Top 10 Digital Transformation Influencers to Follow.” He is a frequent speaker at various industry forums on AI, analytics, and automation, and writes on disruptive innovation in several outlets, including Competing in a Digital First World on CIO.com, Forbes Technology Council, Medium, and LinkedIn.