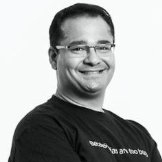 Snehal Antani is co-founder & CEO of Horizon3.ai, a cyber security startup focused on AI-enabled red teaming. Prior to starting Horizon3, Snehal served as CTO for the US Department of Defense, responsible for transforming the technology capabilities of the command to include cyber security, advanced R&D, AI, and data analytics. Snehal was formerly the CTO of Splunk, and before that, a CIO at GE Capital. Snehal started his career at IBM as a software engineer, where he earned 16 patents for his work in cloud, distributed computing, and large-scale data processing. Snehal earned in BS in Computer Science from Purdue, where as a freshman he watched Tom Brady play Drew Brees. He earned is MS in Computer Science from RPI, where he never attended an RPI football game.