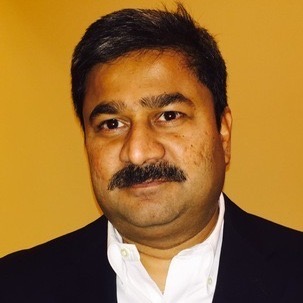 Srinivas Thummalapalli is currently SVP - Chief Enterprise Architect for Fifth Third Bank.  Srinivas started as a Java developer in the late 90’s and has architected several key capabilities at AT&T using emerging technologies prior to moving into leadership roles helping the enterprise scale the delivery.  He then helped establish Walmart’s Enterprise Architecture program to help drive the rapid transformation of their online business and scaling of store systems.  Later, he played a key role at Capital One leading the technology delivery helping Capital One becoming the first financial institution to be fully deployed on Cloud.

Srinivas is a regular on the speaking circuit, sharing his learnings with fellow leaders in the industry on key technology trends that can enhance the business.  He stayed close to technology and developed code in multiple platforms throughout his 20 year career keeping  in trend with the leadership traits of technology led organizations.  He is currently working on strategies that can advance legacy enterprises modernize using Cloud and Cloud enabled services that can advance enterprises.

Srinivas volunteers for non-profits including Destination Imagination – a group with a mission to advance creative thinking and innovation in the next generation.  He earned his  Masters in Computer Science from Midwestern State University, Texas