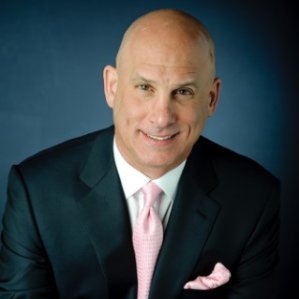 Mr. Beitler is a founder and managing director of Dunrath Capital.  In addition to his financial and venture capital experience, Mr. Beitler has extensive expertise managing, developing and implementing leading edge technologies in corporations and government.

Mr. Beitler has held executive positions in venture capital and public companies and government.  Most recently, he was appointed as the founding CEO of the Chicago Infrastructure Trust, which identified innovative financing solutions for massive infrastructure programs, including 4G cellular service inside subway tunnels.  Prior to that, he was a managing director and general partner at Trident Capital, where he established that firm's cyber security practice.  Previously, he held executive and management positions at Sears, Roebuck and Co., and Helene Curtis, Inc., now a subsidiary of Unilever.  At those companies, he was responsible for all facets of planning, strategy and budgeting, technology, productivity programs and acquisitions.  Earlier in his career, he served as chief of staff to the Under Secretary of Defense (Acquisition), who was responsible for the business activities of the Department of Defense.    Mr. Beitler also served as a Special Forces (Green Beret) officer in various special operations, intelligence and information operations command and staff positions.

Mr. Beitler currently serves on several corporate boards, including Critical Signal Technologies, Keri Systems and Prevail Health Solutions. He was the founding chairman of the Conference Board Council on Competitive Analysis and is chairman emeritus of the Illinois Venture Capital Association.  He is also a board member of the VIGILANT TORCH Foundation, which provides college scholarships and counseling to the children of Special Operations personnel killed in action or training.  Mr. Beitler did his graduate work at the University of Chicago, the United States Army Command and General Staff College, and the National Intelligence College, and was an undergraduate at the School of International Service, the American University.