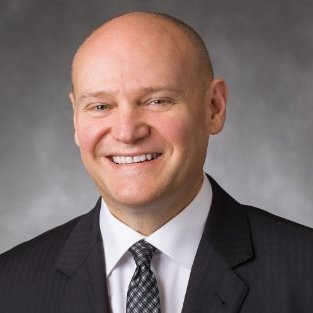 Steven John is the Chief Information Officer (CIO) of AmeriPride Services, a leading textile services and supply company in North America.  As a part of AmeriPride’s executive leadership team, Steven is responsible for the overall leadership of the Information Systems Team, enhancing the customer experience and accelerating the company’s growth strategy through digital innovation and technology. John most recently served as CIO of Workday Inc., a leading provider of cloud-based enterprise applications for human resource management, payroll and finance, where he worked closely with IT leaders and their teams to realize the full benefits of cloud computing. He was an integral part of Workday’s senior leadership team and played a key role in the company achieving and maintaining the highest IT standards and processes. John was previously the CIO at H. B. Fuller Company and Agriliance and also held leadership positions with the Society for Information Management (SIM), First Health, CIGNA, Unisource Network Services and Transora. For ten years, he has also served as a facilitator for SIM’s Leadership Forum and he is a founding member of the CIO Executive Council. He is also a mentor in the CIO Executive Council’s Pathways program and a contributing writer to CIO magazine. John was selected as a ‘Premier 100 IT Leader’ by Computerworld Magazine in 2006 and was presented the CIO Executive Council’s Leadership Award in 2008. Under his leadership, H.B. Fuller was ranked among the ‘Top 500’ leaders in business technology by Information Week in 2009 and he was also recognized by Information Week in 2010 as an industry innovator for his work implementing cloud solutions. John holds a Bachelor of Arts degree in Business Administration from the University of Utah and completed graduate work at Temple University.