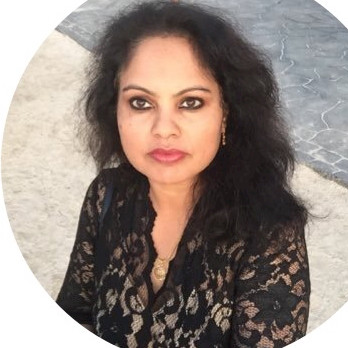 Ms. Sujatha Chandrasekaran, also known as Suja, has been the Chief Information Officer of Kimberly-Clark Corporation since May 16, 2016. Ms. Chandrasekaran has been an Independent Director of American Eagle Outfitters, Inc., since March 19, 2018. She has more than 25 years of experience in technology and leadership roles in both the consumer packaged goods and retail industries. She has a strong track record of leading technology and digital organizations to deliver significant value to customers and across an enterprise. Ms. Chandrasekaran served as Senior Vice President, Global Chief Technology Officer and Chief Data Officer of WalMart Stores Inc. Ms. Chandrasekaran served as Senior VP/Global Chief Technology and Data Officer at The Timberland Company. She served as a Vice President and the Chief Technology Officer of PepsiCo North America, where she led digital and technology strategy and delivery for its business units including Frito Lay, Pepsi Beverages, Quaker, Tropicana, Gatorade and Pepsi Bottling. As the Chief Information Officer of Transformation for Nestle Americas, she led the world's largest food & beverage company's business transformation initiatives including business process, technology and data transformation for its Global Business Excellence (GLOBE) across Nestle Americas. She served as an Advisor of Retail Innovation at Retailigence Corporation since July 2015 until April 26, 2016. Her career has spanned across multiple continents including Australia, North America/USA, Latin America and Europe and has led some of the world's greatest retail and CPG organizations. She led technology and data transformation for WalMart US, Sam's Club and WalMart International. She has been a Director of Symphony Technology Group since October 2016. She serves as a Member of Advisory Board at Atmio Inc. She served as Additional Non-Executive Director of 8K Miles Software Services Limited since February 8, 2017 until July 17, 2018. She has been a Director of Barry Callebaut AG since December 12, 2018. She served as a Member of Strategic Advisory Board at 8K Miles Software Services Ltd since May 9, 2016. Temple University's FOX School of Business awarded Ms. Chandrasekaran the IT Leader of the Year award in 2013 for her accomplishments in global digital leadership as a big data and advanced analytics leader and practitioner. She has been named as one of Top 10 Digital & Technology Leaders in the United States by Financial Times. Other honors include being named as one of the Top 50 Diverse Executives of 2014 by Diversity MBA Magazine and as one of the world's most ICONIC Women Leaders in Technology by Interop, InformationWeek, India. She is a Global, Digital, Technology and Business Transformation Executive and a tech industry leader. She has executive development education from London Business School. She earned her Master of Business Systems/MBA from Monash University in Melbourne, Australia and her Bachelors in Electrical Engineering from the University of Madras, India.