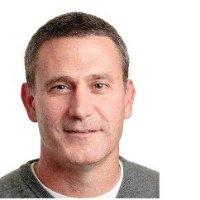 Prior to Greylock, Tom co-founded and served as CEO of two venture backed start-ups. Most recently, he was CEO of Simply Continuous, a small-enterprise focused service provider in the large scale data back-up and virtual server recovery business, backed by Greylock Partners that was sold to NetEnrich in 2010. Before that, he was co-founder and CEO of Telephia. Telephia provided syndicated marketing and network quality information to the wireless industry. Telephia was sold to Nielsen in 2007 for $440 million.  Earlier, Tom was SVP and General Manager for Mindscape’s Entertainment division, before its sale to Learning Company, and a consultant with McKinsey & Co. in their Palo Alto, New York, and Milan offices.Tom was on the board of directors for Superscape before its sale to Glu Mobile in 2008.

Tom holds an MBA from Stanford University and a BS in Electrical Engineering from Princeton University, where he also played soccer.