For CIOs, Mastering for the 'Software-Defined World' Will Be Critical to Survival and Success 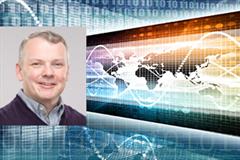 I had an excellent conversation recently with Jim Fowler, the CIO of GE, in which he spoke with me about the new technology roadmap and future state for successful IT leaders.

"From my perspective, it all starts with the idea of the software-defined world," says Jim. "In the past, you had gas turbines, aircraft engines and locomotives. You had software in the control systems, but the real magic was in the hardware. Today, we have software in the machine. We've made the hardware smart. We've essentially combined the worlds of hardware and software to create new benefits and new levels of productivity across many industries."

I really appreciate Jim's description of the "software-defined world," because it gets to the heart of both the challenge and the opportunity for visionary CIOs. It boils down to this: It costs much less to upgrade software than it does to upgrade hardware. As a result, incremental improvements in software have the potential to unleash significant improvements in productivity.

In other words, the software becomes the prime driver of enhanced productivity and revenue growth. The key is developing software and building hardware in tandem, as opposed to serially or separately. For CIOs, that means learning how to combine information technology (IT) and operational technology (OT) at the most fundamental levels.

"For example, if we take a wind turbine and make it smarter -- give it some artificial intelligence so it can analyze wind patterns, talk to other wind turbines in the field, understand past performance and future performance forecasts -- we can get an extra 20 percent of output from that turbine," he explains. "The investment in software to achieve that extra 20 percent of productivity is a lot less than the investment in hardware required to achieve a similar degree of improvement."

Jim paints a compelling picture of a new kind of IT in which hardware and software work together seamlessly to produce amazing results that drive business growth and provide strategic competitive advantages.

It doesn't surprise me that GE has taken a leadership role in bringing the vision of a software-defined world into sharper focus. Many other companies are following GE's lead, but how long will it take them to develop their own unique and profitable combinations of software and hardware? That's the big question.