Were You Rooting for Google or Oracle? And Why is Salesforce Hiring Amazon Web Services to Expand its Business? 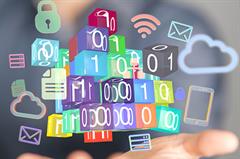 Who were you rooting for, Google or Oracle?

I'm referring to the recent decision, handed down in U.S. District Court in San Francisco, that Google does not owe Oracle $9 billion for using 11,000 lines of open-source code when it developed Android, a project with roughly 13 million lines of code.

The decision was definitely a victory for the open-source software community, but it also revealed the strange and convoluted nature of relationships in the tech space. Eric Schmidt, for example, is executive chairman of Alphabet, the parent company of Google. Back in the 1980s and 1990s, Schmidt worked at Sun Microsystems. Oracle inherited Java, the open-source programming language, when it purchased Sun in 2010. Schmidt also sat on the board of Apple, whose legendary founder Steve Jobs was incensed by Google's decision to build a mobile phone resembling the iPhone.

Since parts of the Android operating system were written in Java, Oracle argued that Google should pay up, even though the underlying code is technically open source. Google battled back, claiming the code was fairly used. At one point in the trial, Larry Page said the disputed code wasn't even code, since it was used as "declaring code" in an API (application programming interface).

At any rate, the court agreed with Google. Oracle has vowed to appeal the decision, which means the case will likely wind up in the U.S. Supreme Court.

In other news last week, Salesforce announced that it would use Amazon Web Services (AWS) to expand its businesses in Canada and Australia. The announcement makes sense, even if it feels a bit odd. After all, Salesforce is a cloud company. So why is Salesforce relying on another cloud company to build out its cloud business?

I can think of at least two good reasons: One, using AWS enables Salesforce to hedge its bets. After all, there's no absolute guarantee that Canadians and Australians will flock to Salesforce. Two, AWS already knows how to operate across national borders. As anyone who has worked at a global corporation can tell you, running a multinational business isn't easy. There are hidden traps and invisible dangers.