Are Stock Buybacks a Bad Sign for Tech Industry and the Wider Economy? 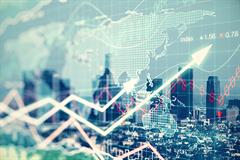 While everyone else was focused on the impact of Brexit on various stock markets, I noticed an interesting article about Apple's record-breaking stock buybacks.

In the article, Jeff Sommer writes that Apple's stock would be trading at lower prices if it hadn't been spent billions buying back shares. There's no question that Apple has tons of cash on hand, and there's no law restricting the company from repurchasing its own stock.

But it certainly raises questions about Apple's revenue strategy, which seems to have hit a wall in China. Sales of iPhones have fallen, and the company's extraordinarily impressive 13-year run of quarterly revenue growth finally came to an end in March. Does Apple have a fallback plan? It's hard to tell.

Apple isn't the only tech company buying back its stock. Microsoft is also repurchasing stock, but not nearly at the same level as Apple. According to Sommer, only Gilead Sciences spent more than Apple on buybacks in the first quarter of 2016. Over time, however, Apple has consistently led the pack, followed by Microsoft, Pfizer and Oracle.

"History tells us that surges in buybacks are not always a sign of good things to come. It is surely worth recalling what happened after American companies last set a 12-month buyback record. That was in December 2007, right before the worst economic and stock market declines in recent history," writes Sommer.

From my perspective, the tech industry has lots of runway ahead. The growth of advanced services, including AI in the cloud, has the potential to generate vast streams of fresh revenue for IT vendors with the speed and agility to develop new products and get them to market quickly.

I'm hoping that Apple's misfire in China is only indicative of one company's problems, and that it's not a signal of looming danger for the tech industry or the wider economy. Maybe I'm just being optimistic, but I strongly believe that tech is still a great investment, with enormous growth potential.