Beyond Devices: Welcome to the World of Invisible Hardware 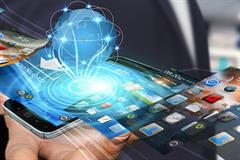 In the short space of sixty years, computers have evolved from room-sized mainframes to mini-tablets you can slip into your pocket. But the next step will be even more dramatic: Our computers will become largely invisible, hidden from sight and running continuously in the background of our everyday lives.

"This doesn't mean smartphones are going away -- far from it. In many parts of the world, smartphones have become a more general purpose computing device for a larger segment of the population than PCs and tablets combined. But it's also becoming increasingly clear to me that smartphones -- with their millions of different platform-specific, function-specific mobile apps -- aren't the future of personal computing," writes O'Donnell in a recent Fast Company article.

From my perspective, this transformation signals a major shift that CIOs and technology executives cannot afford to ignore. Essentially, everything that's essential to information processing is moving into the cloud or onto a network. Devices like smartphones and PCs are becoming increasingly irrelevant in terms of the big picture.

We're rapidly entering an era of device-free computing in which the technologies that drive our economy are increasingly automatic and autonomous. In other words, they start themselves and they run themselves -- with minimal human intervention. It's a brave new world in which devices are subservient to platforms and systems.

"The future of computing seems to be about a set of platform and device-independent services. Specifically, voice-based interactions, driven by large installations of cloud-based servers running deep learning-based algorithms," writes O'Donnell.

Clearly, we're entering a period of historic change and turbulence. Please buckle your seatbelts and prepare for a potentially bumpy ride.