IBM's Future is in the Cloud, But Does it Have the Sales and Marketing Resources to Win Customers in Today's Modern Markets? 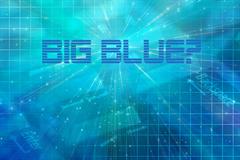 From my perspective, Big Blue is still bogged down by its own legacy strategies. Many of its core sales and marketing strategies, which delivered results in the past, are simply ineffective in today's markets.

The numbers support my theory. Only one of IBM's five segments generated growth. Not surprisingly, the growth was generated by IBM's cognitive solutions segment, which includes its innovative Watson offerings.

In a way, it's good news that IBM's investment in artificial intelligence is paying off, because the AI phenomenon is only at its beginning stages, which means there's plenty of room for growth in the future. If IBM can stay focused on Watson and convince its customers that Watson is the best solution to their business challenges, this story might have a happy ending.

On the other hand, if IBM sticks to its old sales and marketing strategies, it might wind up like Xerox, which has become a mere shadow of its former self. The story of Xerox, a powerful enterprise that failed to perceive the existential threats posed by smaller and more agile rivals, should serve as a cautionary tale for IBM. For anyone who needs a reminder of how Xerox failed to capitalize on its own innovative technology, I urge you to read Malcolm Gladwell's legendary article, "Creation Myth."

To be fair, some of IBM's worst numbers were caused by the mainframe product cycle, which is largely unavoidable. But IBM still has a long road ahead, and if it doesn't genuinely commit to 21st century sales and marketing strategies, that road might prove very bumpy.

Does IBM CEO Ginni Rometty have the strength and endurance necessary to deal with Big Blue's sales and marketing traditions? If she succeeds, then Big Blue will owe her a huge debt of gratitude. If she doesn't, then it's a different story...