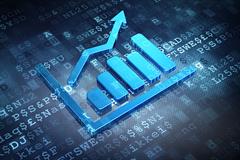 Two critical data points from last week: Walmart announced it would buy Jet.com for $3 billion and Macy's announced it would close 100 stores. The common denominator in both stories is Amazon, which has proven beyond a shadow of a doubt that online is the future of retail.

As I mentioned in Friday's Tech Digest, Walmart outsells Amazon in total sales, but trails in online sales. I don't think you need a crystal ball to predict that more retail sales will shift from physical stores to online scenarios, especially when you factor in the rapidly growing popularity of mobile apps for shopping.

The digital revolution is only getting started, and already the message is incredibly clear: Go digital or go home. Terry Lundgren, the outgoing CEO of Macy's, talked around the impact of Amazon on Macy's decision to shutter 100 stores, but let's face it: Amazon is the elephant in the room. If you're a retailer and you want to stay competitive, you need to be focused on beating Amazon. This means dedicating yourself to creating the absolutely best digital platforms and developing consumer-friendly apps that deliver consistently superior experiences to customers on a variety of mobile devices.

Many people laughed when Amazon CEO Jeff Bezos started talking about using drones to deliver packages, but they missed the point. Bezos is focused on using technology to move Amazon forward and crush the competition. He's willing to consider any new technology that will help him achieve his business goals. That's the lesson we can all learn from Amazon.

In 21st century retail, having the right tech will get you where you need to go faster and far more cost-effectively in the long run. For CIOs, technology is no longer a tool for saving costs; it's a platform for growing revenue and increasing market share in ultra-competitive markets.

Macy's decision to shrink its physical footprint is the latest data point in the inescapable trend toward digital commerce. For smart CIOs, this trend represents the dawn of a new golden age. Let's make sure we take advantage of our opportunities and focus on developing the technologies and platforms that our companies will need to win the race.