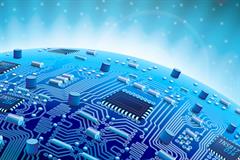 Despite its edgy title, Only the Paranoid Survive is really more about intelligence than instinct. I never had the opportunity to meet Andy Grove, Intel’s legendary chairman of the board, but there’s no question in my mind that he was totally brilliant and a great business leader.

My guess is that he picked the title because he knew it would help propel his book quickly to the top of the bestseller lists. From my perspective, it was a savvy business decision.

I firmly believe that Andy, who passed earlier this year, would be among the first to agree that you always need to test your assumptions and rethink your business plans. I was fascinated when Brian Krzanich, Intel’s current CEO, said the company is no longer dominated by Moore’s Law – the famous concept invented by Gordon Moore, Andy’s longtime colleague.

“Silicon Valley treats Moore’s Law as if it is immutable, and with even more reverence than it does paranoia. But it was not a scientific law; it was always an observation about the behavior of a market for computers and software, which paid off at a rate to justify increasing investment in making chips,” Quentin Hardy wrote in a recent column in The New York Times.

As Hardy noted, Intel is focusing now on wireless and networking, segments of the tech market that seem indifferent to Moore’s Law. Intel is also renewing its push to create incredibly powerful new memory chips with the potential to radically transform computing.

From my perspective, that sounds more like great innovation than wild paranoia. Intel has always been a smart company, and I think that Andy’s intellectual drive and curiosity will always be a major part of Intel’s corporate culture.

Please also consider attending one of our upcoming summits. We look forward to seeing you there and hearing your viewpoints on our exciting journey to the future of technology leadership.