Having the Courage to Say 'No' 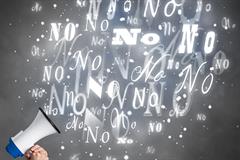 The CIO’s job is multifaceted. A principal reason the CIO and the IT organization are in place is to help support the business and enable better productivity.

The CIO is also expected to deliver value to the enterprise, in part by recommending technologies that can be used to help usher business growth and by brainstorming with the C-suite on approaches for tackling vexing business challenges.

But as a trusted advisor to the executive team, the CIO also needs to be candid when ideas are floated that either aren’t sound or don’t make good business sense.

A common example is ‘airline magazine syndrome’ where a CEO on a business flight reads in an airline magazine about a new technology that promises incredible returns to companies that adopt it. When encouraged by the CEO to research or pilot the technology just for the sake of demonstrating to shareholders that the company is on the leading edge of the technology scene without having developed a strong business case for the technology’s use, the CIO needs to show the backbone and politely decline, backing up the rejection with the business rationale for not pursuing the initiative.

Of course, the context behind any request is critical for how the CIO goes about analyzing and determining its merit. For instance, turning down a CEO’s request to fix problems he or she is experiencing with a laptop could be career suicide. By contrast, a well-articulated 'no' to a resource-intensive project that doesn’t mesh with the company’s short-term business goals can strengthen a CIO’s position as a trusted advisor.

In many cases, employees and managers have pre-established beliefs about how executives will behave regardless of their actions. A 2011 study conducted by James R. Detert when he was an Associate Professor at Cornell University’s Samuel Curtis Johnson Graduate School of Business with Amy C. Edmondson, the Novartis Professor of Leadership and Management at the Harvard Business School who was published in the Academy of Management Journal, found that many of the 190 employees they interviewed at a tech company demonstrated ‘implicit’ – or non-evidenced-based, yet deep-rooted beliefs. These included the notion that voicing an opinion that’s different from a boss’s may come across as a challenge his or her competency.

Saying 'no' to members of the C-suite can be a delicate balance. Many C-level executives have big egos and might perceive a rejection as a threat to their standing and status in the organizational hierarchy. In these situations, the CIO should choose their words carefully so that the executive doesn’t lose face when their request is declined.

While CIOs need to collaborate closely with the CEO and the C-suite to help the executive team meet its strategic goals, CIOs also need to demonstrate that they’re no longer to be viewed as order takers. The CIO is an essential part of the business and plays an active role in shaping strategy and organizational decision-making. Part and parcel of courageous leadership is speaking up when the need arises and telling it like it is.

“Always be known as that person who’s always going to say what needs to be heard and not what just is wanted to be heard,” said Scott Spradley, CIO, Hewlett Packard Enterprise in an HMG Strategy video. “My recommendation is to be very transparent and use the data to back it up.”