Are Tech-Savvy CEOs a Help or a Hindrance to the Modern CIO? 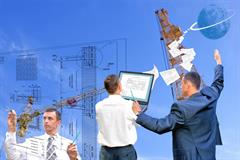 Here’s a phenomenon that has added a new dimension of complexity to the CIO’s role: The modern CEO understands technology far better than his or her predecessors.

In fact, it’s increasingly rare to find a CEO who does not possess a fairly good working knowledge of current digital technology. The typical CEO understands how technology creates value – if not precisely, then generally – and believes deeply that technology is absolutely essential to the success of the 21st century enterprise. It’s all a far cry from the 1980s and 1990s, when many top executives regarded IT as a backroom operation.

This raises an interesting question: As CIOs, are we truly ready to deal with CEOs and other senior executives who understand technology? I think we can all agree that it’s better for the CIO when the CEO and the board understand the value of technology. But how should the CIO respond when tech-savvy executives second-guess the IT team’s recommendations? There’s an old saying that goes, “A little knowledge is a dangerous thing.” Sometimes that can apply to senior executives who know a little about technology.

I’m all in favor of CEOs who understand technology, but a big part of the CIO’s role is reminding the CEO and other senior executives that technology is only a means to an end. The results are what matter. Naturally, you’ll have to figure out a diplomatic way of expressing all of that. But as the CIO, you are responsible for guiding the conversation away from technology and toward value creation.