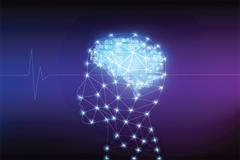 In Friday's Tech Digest, I noted that Uber's acquisition of an AI lab raises some interesting questions about the company's intentions and its vision for future growth.

Does Uber, which began as a ride-sharing company, plan to compete with the likes of Google, Facebook, Amazon and Apple? And if it does, can it succeed?

I think it's safe to say that no one predicted that Amazon would revolutionize cloud computing and radically disrupt a paradigm that had existed for decades. Is Uber trying for a similar feat, hoping that its keen understanding of transportation markets can be leveraged into a genuine game-changer with the addition of a world-class AI development group?

Uber's move comes at an inflection point in the AI timeline. For years, AI had struggled through "AI winter," a term coined to describe the field's apparent lack of progress. The arrival of big data analytics seemed to signal a rebirth, but there now there are signs that the AI winter is returning.

Everyone cheered when large firms such as Google, Microsoft, IBM and HPE launched AI development platforms, but some of the cheering faded when people realized that highly skilled teams of data scientists would still be needed to develop practical AI solutions.

From my perspective, I see Uber making a play to create an in-house AI team focused on developing proprietary software for smart transportation. Uber's move runs contrary to the popular trend of "democratized AI," but it's clear that Uber isn't afraid to challenge the status quo when it sees an opportunity to grow its business.

The democratization of AI might not happen as quickly as some had wished, but the integration of AI into transportation industry scenarios will accelerate rapidly. What's your opinion?