What Tech Execs Can Learn from Google's Driving Lessons 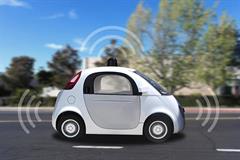 We've all heard and read so much about self-driving cars for the past couple of years that it didn't seem like major news when Google announced last week that it had decided to convert its driverless car laboratory into a real business.

From my perspective, the lack of fanfare actually shows us how rapidly the whole idea of driverless cars has evolved from a brilliant fantasy into a genuine business category.

Google isn't the only company with a horse in the race. Tesla, Baidu, Ford, GM and Uber plan to compete in the driverless car field. Boston Consulting Group estimates that driverless cars could generate $42 billion in annual revenues by 2025. That's a prize worth competing for.

There's a message here for technology executives: Some ideas can take off much more quickly than expected. We experienced a similar surprise when mobile phones became essential tools for the modern enterprise. In the early 1990s, several IT executives told me it would be impossible to integrate digital mobile phones into their enterprise communications systems.

In retrospect, they couldn't see the writing on the wall. When the C-suite demanded integrated mobile telephony, the IT execs had to deliver. The same thing happened with mobile tablets. At first, IT execs were reluctant to accept the tablets as legitimate workplace tools. But when the sales force demanded them, IT had to figure out how to integrate the tablets.

Driverless cars, and the new technologies supporting them, will pose similar challenges to IT teams. I strongly urge IT leaders to begin thinking now about integrating driverless technologies with enterprise systems. History teaches us that new technology arrives with astonishing force and speed. Don't get caught off guard; start planning today.

I also urge you to read Alex Davies' excellent story about Steve Mahan's first ride in one of Google's self-driving pod cars. Mahan, whose vision was destroyed by a rare genetic illness, said the experience made him feel like "a whole person again." Mahan took his history-making ride through the streets of Austin, Texas, which is now calling itself "the Kitty Hawk of driverless cars," an homage to the site of the Wright Brothers' famous first flight back in 1903.