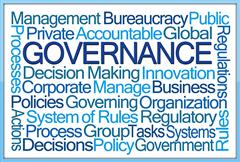 Making good on his campaign pledge to scale back regulations and create more nationalistic trade policies, President Donald Trump came bursting out of the gates in the first days of his presidency.

On January 23, President Trump withdrew the United States from the 12-nation Trans-Pacific Partnership trade deal. As an alternative, President Trump said he would seek one-on-one trade deals with countries that would allow the U.S. to terminate them within 30 days, according to Reuters.

That same day, President Trump also met with executives from manufacturing companies such as Ford Motor Company, Dell Technologies, Inc., Tesla Motors Inc. and others, asking them to make recommendations to stimulate manufacturing in the next 30 days.

Then on January 24, President Trump told executives from the nation’s top automakers that he intends to curtail “unnecessary” environmental regulations to help make it easier for their companies to build plants in the U.S. and hire more Americans into manufacturing jobs, according to The Washington Post.

President Trump’s efforts to streamline regulations is likely to be looked upon favorably by most industry CEOs. In a recent survey, 82% of Business Roundtable CEOs find the U.S. regulatory system more burdensome than any other developed countries. Meanwhile, 56% of Business Roundtable members believe pending regulations will negatively impact their hiring and capital spending over the next two years.

Regardless of industry, whether it’s manufacturing, financial services, healthcare, energy, etc., fewer regulations will enable companies to become more nimble. Fewer resources would be needed to manage complex reporting requirements. Plus, there are ancillary benefits for IT organizations that don’t have to commit as much time and resources serving as regulatory and compliance data stewards.

Still, the changing regulatory environment carries much broader implications for CIOs. Easing regulatory requirements can bolster economic growth while making it easier for U.S. companies to compete domestically. As regulatory restrictions are lifted, CIOs should work closely with the C-suite to understand how IT can contribute to growth strategies.

As U.S. manufacturers consider investing in building new plants, technologies such as artificial intelligence and the Internet of Things (IoT) can be used to make production more efficient. For instance, an auto manufacturer can use sensors and machine learning systems to spot and correct manufacturing defects. These types of real-time insights can save manufacturers millions of dollars in prevented downtime, recalls, and lost business.

Meanwhile, regulatory reform allows companies to innovate and compete more effectively. The CIO can assist in these efforts by arming line-of-business leaders and other decision-makers with dashboards and other analytics tools that can keep them apprised of changing customer preferences and market shifts.

Although regulatory reorganizations historically take time to untangle, the prevailing wisdom about the current Presidential administration is that it is determined to move quickly. As such, the CIO and counterparts in the C-suite should be poised to pounce.

“The CIO needs to be on the front lines to inform business leaders on what’s possible and what the potential challenges are, such as funding, identifying the right technology partners, etc.," said Ramón Baez, Former SVP, Customer Evangelist, Hewlett Packard Enterprise who is now Chief Innovator, Network Evangelist at HMG Strategy. For a manufacturer that’s planning to bring production back to the states, a CIO can offer recommendations on how technologies and techniques can be used to fast-track these efforts, explained Baez.

“The CIO is one of the few roles that creates solutions for functions across the entire enterprise,” he added.