It’s Too Soon to Pull the Plug on AI, Even If the Value Proposition Isn’t Clear 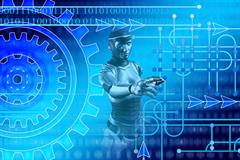 After the USSR successfully launched Sputnik, there was a hue and cry in the U.S. to achieve a similar feat. But instead of seeing televised images of sleek satellites being catapulted gracefully into space, Americans saw a series of rockets explode dramatically.

Eventually, we eliminated the bugs and ironed out the wrinkles. We caught up with the Soviets and we landed our astronauts safely on the moon. But in those early days of the space race, it seemed as though we couldn’t do anything right. As Tom Wolf recounts in his great book, The Right Stuff, our rockets always blew up.

I believe we’re in a similar phase in the development of artificial intelligence. There’s been a lot written about the apparent inability of IBM’s Watson to deliver measurable business value to customers. IBM has been rightly criticized for over-hyping Watson, but it’s important to separate the talk from the technology.

People who don’t work in IT always seem to have higher expectations than those of us on the front lines. That’s just a fact of life. But I think it’s fair to ask: When will AI begin delivering on its promise?

The truth is that AI is already delivering. There are hundreds – and possibly even thousands – of AI startups all over the world. Two years ago, most people would just roll their eyes if you mentioned machine learning.

Today, there’s a much wider understanding of what AI can and cannot do. People no longer think about HAL, the evil computer from 2001: A Space Odyssey, when they see the words “artificial intelligence.” They’re more likely to think of Watson beating its human opponents on Jeopardy!

And of course, that’s part of the problem. Watson’s performance on Jeopardy! was truly astonishing. But it was a narrow use case of applied AI. The real test will be when AI-powered information systems can be successfully implemented across the modern decentralized enterprise.

In other words, we’ll know that AI has arrived when everyone sees it as just another component of the enterprise technology portfolio.

Essentially, AI will have to become less dramatic and more practical. I predict that within two years, AI will be designed into most tech products and services. By 2020, it will hard to find a product or service that doesn’t have an AI capability that’s fully baked-in.

Like those early rockets, AI is going through a rough period. But I am confident that we’ll figure out how to tame AI and make it an everyday business tool.