Don’t Be Quick to Dismiss Bitcoin and Blockchain 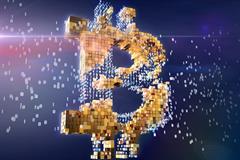 Jamie Dimon, the CEO of JPMorgan Chase & Co., made headlines last week when he called bitcoin “a fraud” and said he would fire any employee who was caught trading bitcoin.

Partially as a result of Dimon’s comments, bitcoin prices tumbled. But another factor in the decline was China’s decision earlier in September to ban new ICOs (initial coin offerings), which have driven the market for bitcoin and other cryptocurrencies.

Here’s why the bitcoin tempest is relevant to IT leaders and tech executives: The underlying foundation of bitcoin is blockchain, the “incorruptible” digital ledger that is rapidly gaining ground as a global standard, much like the internet itself.

Although blockchain was invented to support bitcoin, developers and entrepreneurs quickly found numerous other use cases, including various forms of recordkeeping, file sharing, and e-commerce.

It’s entirely possible that in a couple of years, blockchain will become so widely used that no one will remember its original purpose. In other words, blockchain is heading for greatness, with or without the approval of the financial services industry.

Ten years ago, when the debate over cloud computing began attracting attention, we encouraged members of our network to begin experimenting with cloud applications. We urged CIOs and tech executives to “get their feet wet” by starting small and developing pilot projects to test the feasibility of cloud deployments.

Over the years since, I have found that many of those early experimenters are now more comfortable with the cloud than those who waited until the last possible minute to jump into the pool.

I have the same general feeling about blockchain. Instead of dismissing it as an esoteric fad, it might be a good idea to launch a pilot project and begin kicking the tires. There are plenty of resources out there to help you get started. If you’re working on a blockchain project and would like to share your experience, please e-mail content@hmgstrategy.com.