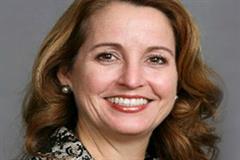 Suzette Kent officially began her new job as nation CIO this week, and we wish her the best. She was a principal with Ernst & Young and has been a Managing Partner at Accenture and worked in other capacities at JP Morgan, according to news reports.

"The post of federal CIO and administrator of the Office of Electronic Government at the Office of Management and Budget is a political appointment, but does not require Senate confirmation. Deputy federal CIO Margie Graves has been holding the job in an acting capacity since the previous CIO Tony Scott resigned at the end of the Obama administration," writes Adam Mazmanian in FCW.

The federal CIO job is rapidly becoming a truly essential post, especially as the government strives to become more efficient and better equipped to handle the demands of our rapidly expanding digital economy. Again, we wish her well and we look forward to sharing more news about her evolving role as the nation's CIO.

For a more detailed perspective on the challenges and opportunities she faces, I recommend this useful article in MeriTalk.

Cyber security professionals are especially worried about rising levels of insider attacks, according to a new study by Haystax Technology.

Insider attacks have been an "open secret" for years, but the risks are rising, along with fears that existing solutions are inadequate for providing reasonable levels of cyber security in a landscape that's increasingly dominated by personal devices and IoT sensors.

"In 2017, 90 percent of organizations reported feeling vulnerable to insider attacks, up from 64 percent in 2015. Haystax predicts 99 percent of organizations will feel vulnerable this year as they struggle with excessive access privileges and an increasing number of devices with access to sensitive data," according to an article in Help Net Security. 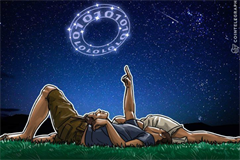 "The Republic of the Marshall Islands will release its own cryptocurrency complete with an ICO and free trading," writes William Suberg in Cointelegraph. "The move comes at the same time as Venezuela launches its oil-pegged cryptocurrency Petro, while across the globe in Iran and Turkey lawmakers also made known they are considering a national coin." 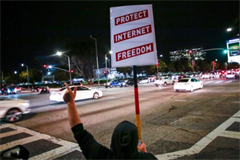 The battle to restore Net Neutrality isn't over, but the odds aren't in favor of efforts to reverse the FCC's decision in December to overturn Obama-era rules that prevented internet service providers from slowing down or even blocking access to some users.

"The effort would not likely pass the Republican-controlled House of Representatives or survive a veto by President Donald Trump," writes David Shepardson of Reuters. "The new FCC rules, once effective, would give internet service providers sweeping powers to change how consumers access the internet but include new transparency requirements that require them to disclose any changes to consumers."

It's still not entirely clear how the FCC's ruling will impact corporate internet users, which is why this debate is worth watching.