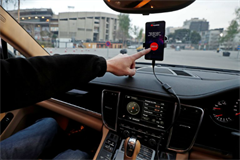 Would Chinese dominance over 5G technologies impact national security in the United States? Government officials in Washington, DC, appear concerned by investments in 5G tech made by Chinese companies such as Huawei, a large manufacturer of telecom equipment.

"The company has also been a top concern of Washington officials. It was effectively shut out of the United States after a 2012 congressional report said Beijing could use Huawei's equipment to spy on Americans. And this week, a United States Treasury official flagged Huawei's 5G push as the American government investigates the proposed takeover of Qualcomm, a San Diego-based chip maker, by Broadcom, a rival based in Singapore," writes Raymond Zhong in the New York Times.

From my perspective, this is only the tip of the iceberg. Keep an eye on this story as it unfolds, since it's likely to affect many of us. 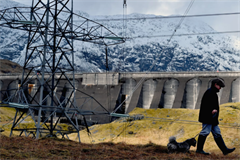 Why Are Clocks Running Slow in Europe?


A dispute over power bills has clocks in Europe running slowly. Some clocks are six minutes behind, due to a long-simmering argument between Kosovo and Serbia.

The heart of the problem lies in the simple fact that most of the digital clocks used in home appliances like coffee makers and microwave ovens keep track of time by measuring the frequency of the electrical current. Essentially, that means their accuracy depends on the current provided by the nearest electrical outlet. As long as the current's frequency remains steady, the clocks are accurate. But if the frequency jumps around, the clocks lose track of time.

"The news was announced this week by ENTSO-E, the agency that oversees the single, huge electricity grid connecting 25 European countries. It said that variations in the frequency of the AC caused by imbalances between supply and demand on the grid have been messing with the clocks. The imbalance is itself caused by a political argument between Serbia and Kosovo," writes James Vincent in The Verge.

The article is worth reading, since it suggests that many of our devices might be more susceptible to geopolitical risks than imagine. 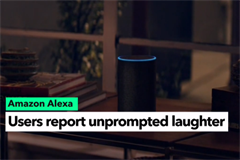 Some Alexa users have been surprised, and possibly unnerved, by strange laughing noises emanating from their Echo speakers.

"In the past few days, some users of Echo home speakers running Amazon Inc.'s Alexa voice-based digital assistant have reported hearing strange laughing noises at random. Some people have said the laughter happened in response to unrelated commands, while others reported that it occurred unprompted," writes Mark Gurman of Bloomberg Technology.

Apparently, Alexa was misinterpreting nearby conversations and was under the impression that someone had requested laughter. Amazon has fixed the issue by updating Alexa's programming. Now, the virtual assistant will only laugh if you say, "Alexa, can you laugh?" Alexa will also respond by saying, "Sure, I can laugh" before laughing.

There's still time to sign up for the 2018 San Francisco CISO Executive Leadership Summit on March 16. I urge you to attend this high-value event. Registration is free for qualified attendees. I look forward to seeing you in San Francisco!